Housing scheme rules must follow the Constitution according to Andrew Schaefer, Managing Director of Trafalgar in this article in the Private Property newsletter.

If you need assistance with your Body Corporate Conduct Rules or are looking for a Managing Agent please contact: Ricardo Michaels at Cape Letting Property Management on 079 277 2980 or info@capeletting.com 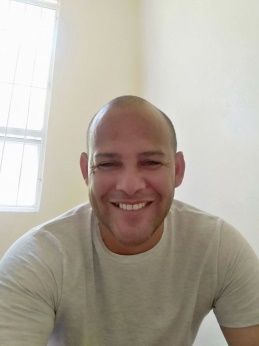 It is quite common for the trustees and directors of Sectional Title and other community housing schemes to want to change the Conduct Rules of their schemes in pursuit of a harmonious and co-operative atmosphere between residents – but they must be careful not to overstep the mark and end up with rules that are actually illegal.

So says Andrew Schaefer, MD of leading property management company Trafalgar, who notes: “It is of course quite legal for the standard Conduct Rules to be rewritten or expanded to create a specific framework of expected behaviour for a particular scheme, or to enable the body corporate to impose fines when the rules are broken.

“However, the new rules must be compliant with any relevant legislation - such as the Sectional Titles Management Act, the Companies Act and the Consumer Protection Act – and of course with the Constitution, which is the highest law of the land. This is why it is most advisable for trustees and directors to seek the assistance of a specialist attorney and their managing agents when attempting to revise or modernize their Conduct Rules.”

Speaking following a recent statement by the Community Housing Schemes Ombud Service (CSOS) concerning potential reasons for draft Conduct Rules to be rejected, he explains that trustees and directors cannot simply make up new rules by themselves. “Any changes also need to be approved by the owners in the scheme, and then approved and registered by the CSOS, or they cannot be applied or enforced. Indeed, any rules that were made before October 2016 and have not been registered with the CSOS since then could be a problem to enforce.” (For more on the need to modernize rules and the process for doing so, see https://www.trafalgar.co.za/how-to-create-st-conduct-rules-that-really-work/ and https://www.trafalgar.co.za/webinars/).

Schaefer says that in most cases, the proposed changes to Conduct Rules concern issues like parking, noise and the keeping of pets, which are the most common causes of disharmony in community housing schemes. Recently, many schemes have also had to introduce new rules to ensure that they are compliant with the Protection of Personal Information Act. (See https://www.trafalgar.co.za/applying-the-popi-act-in-community-housing-schemes/).

“But occasionally, we see trustees or directors trying to use their positions of authority to make changes or introduce new rules that only serve a personal preference (such as “no shorts to be worn on the common property”) or are perhaps vindictive against specific residents they don’t personally like. And sometimes we see groups of owners pushing for changes that they may believe would benefit their scheme but would actually discriminate against other residents or employees (such as “no children allowed”) and would thus definitely be in contravention of the Constitution.”

The CSOS statement gives other examples of unconstitutional draft rules it would reject as follows:

*Draft rules that state that only certain agents or agencies may sell or let units in the scheme. These would impose unreasonable limitations on the rights of the unit owners to market, sell and let their units through the estate agents of their choice.

*Draft rules that say the slaughtering of animals for cultural or religious purposes is cruel and thus totally prohibited within the scheme. Such practices cannot be totally forbidden, in terms of the cultural and religious freedoms guaranteed by the Constitution. However, the CSOS points out that certain conditions for slaughter can be imposed. Conduct Rules can be changed to say that reasonable notice of the proposed slaughter must be demonstrably given to all other residents, for example, that an official from the SPCA must be present at the slaughter to ensure that the animal is not subjected unnecessary pain and suffering, and that failure to comply with these requirements will entitle the Body Corporate to prevent the slaughter or impose a fine.

“From the above,” says Schaefer, “it is clear that CSOS is not just going to rubber-stamp proposed new Conduct Rules for a community housing scheme. These are going to be carefully checked and either rejected or returned for redrafting if they contravene any legislation.

“Consequently, trustees and directors need to answer the following important questions before drafting any new rules and attempting to get them approved and registered: